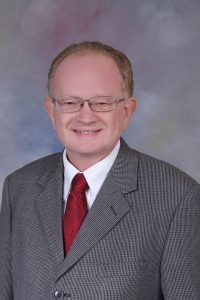 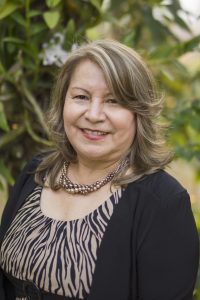 The Leslie Priday Family count it a privilege to be missionaries to Honduras.  They are sent out by Victory Baptist Church in Weatherford, Texas and their Pastor is Dr. Charles Wetherbee.   They use the Independent Baptist Fellowship International Mission Agency as their clearing house.  Leslie was one of the first five graduates of the Norris Bible Baptist Institute in 1985.  He accepted Christ at the age of four.  At six, in their church’s Faith Promise Missions Conference, he surrendered to be a missionary to Honduras.  Later, his parents, Rev. & Mrs. Harold and Lena Priday, surrendered to be missionaries to Honduras.  Thus, when Leslie was fourteen, they arrived in Honduras.  Leslie was active in the work, teaching and preaching.  He also started a mission during his last year of high school.

Alba grew up in a very large family.  Her mother took her children to Catholic Mass each week.  Under the influence of her oldest sister, a nurse at a Christian hospital, Alba was saved at the age of seven.  Later she moved to the capital and studied law in the National University.  After not seeing each other for eight years, the Lord used unusual circumstances to bring Alba and Leslie to-gether again.  They were married by Leslie’s Father.  They have three boys: Steve, born December 3, 1980 and saved in their church in January, 1989; Halbert Loyd who was born April 16, 1991 and saved on furlough in 1995; and Edgar Daniel who was born May 7, 1993 and saved in their home after Sunday School in 1998.

In their first term, they worked in the city of La Esperanza.  They worked in an already existing mission and they started another mission.  They also held weekly services in the state prison.  Leslie taught Bible and Chapel in the Christian school and directed it while his parents were on furlough.  The Pridays broadcasted two Christian radio programs daily on the local station, reaching all of Western Honduras.  Leslie also taught special Bible Institute courses in the Baptist Training Center and special seminars in different areas of the country.

Since 1991, they have lived in the city of Siguatepeque.  It is a city of 80,000 nestled between the mountains of Central Honduras.  The altitude is about 3,500 feet, therefore the climate is mild.  The temperatures range from the low fifties to the low nineties.  There is a lot of agriculture and timber industry in the area.  There is not very much Indian influence, but most of the people are Latin.  That is a mixture of Indian and Spaniard.  The people dress much like we do and what is in style in the U.S. is also in style in Honduras.  The diet is mostly beans, rice, eggs, cooked bananas, other fruit, and tortillas.  Occasionally, they eat meat, mostly chicken.  Meat is very expensive for most of the people.  Their wages are very little and prices are very high in comparison.  Poverty is very high in Honduras.  It is the next to poorest country in the Western Hemisphere.

The predominant religion is Roman Catholicism, but there are also the Bahai, Jehovah Witnesses, Mormons, Adventists, Charismatics of every possible branch, interdenominational churches, and Southern Baptists.  The Pridays have started nine mission works and served as advisor to churches in their terms as missionaries.  They will continue having youth camps with several churches and missionaries.  They will be starting Bible studies in several other areas with the goal of starting new churches when they return to Honduras.  Also, they will continue working with other missionaries in the Baptist Training Center and seminars training workers from several missions and churches.  The Priday’s praise the Lord for each one who prays for them, and each church that support them.  They continue to depend greatly on your prayers for them and their ministry in Honduras that they will have good health and see many souls saved, baptized and churches established.